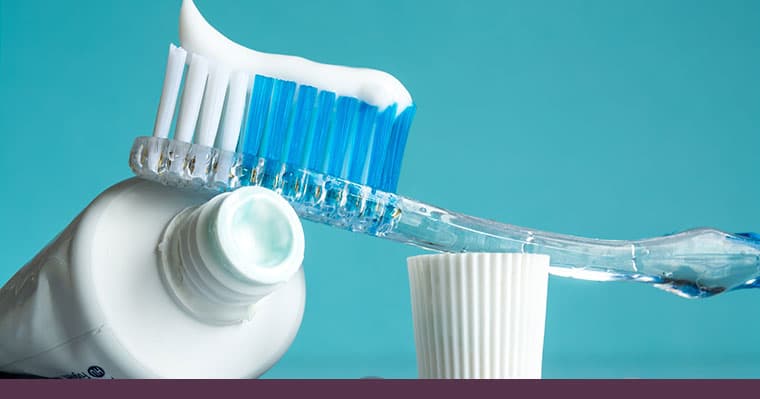 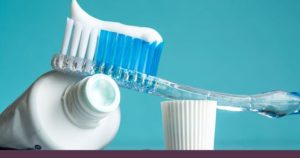 There seems to be a debate about whether or not fluoride is actually good for your teeth.

Well, the truth is:

Fluoride is good for you!

Fluoride is a natural mineral that strengthens your teeth and helps prevent cavities. How so?

When applied to your smile, fluoride is absorbed into the enamel to keep your teeth healthy and hard. In turn, it stops the decaying process and cavities in its tracks.

Because of its massive benefits, many communities have implemented fluoride into its water supply and even their toothpaste. In turn, there has been skepticism from some groups about the benefits of fluoride.

In this blog post, we’re going to share multiple scientific studies to show you the truth behind fluoride and why it is good for your teeth – no matter where you get it.

Is fluoride in toothpaste bad for you?

No! Brushing your teeth with fluoride in your toothpaste is crucial to help prevent cavities.

“The ADA recommends brushing twice a day with a fluoride-containing toothpaste, flossing once a day, eating a healthy diet, and seeing a dentist on a regular basis.”

Fluoride toothpaste is so important that two researchers gained the “Hall of Fame” status for developing it.

The ADA News Opens in a new window to ADA News article reports the National Inventors Hall of Fame is recognizing Drs. Joseph Muhler and William Nebergall. They are the dentists “who helped develop and patent” fluoride toothpaste, which many credits “as a significant factor in the widespread decline in caries that began in the 1970s.”

Thanks to their research, “Crest toothpaste was introduced nationally in 1956 and became the first dentifrice that the American Dental Association evaluated and accepted for therapeutic effectiveness.”

It’s safe to say: Fluoride in toothpaste is GOOD for your teeth.

Is fluoride in water bad for you?

No! Science has proven over and over again that low levels of fluoride in drinking water is safe and benefits everyone to prevent cavities.

Despite the science, there are groups sparking debates, saying otherwise.

NBC News Opens in a new window to NBC News article reports on its website, “a small but vocal minority — are disputing long-established science to say that fluoride added to tap water lowers IQ and causes everything from acne to anemia to Alzheimer’s.”

According to the story, “The frets over fluoride are reminiscent of the unfounded fear that vaccines cause autism: disproved by science, yet steadfast nonetheless.” In the past five years, “74 cities have voted to remove fluoride from their drinking water.”

“There have been literally thousands of studies published in peer-reviewed journals that demonstrate the safety of community water fluoridation,” adding that it is “the single most important public health measure to prevent cavities.”

In the story (published in 2018), there have been 16 votes on fluoridation, and at least three more cities have fluoride referendums on the ballot in November. “The science — the true science — proves its effectiveness over and over again,” said Dr. Julie Watts McKee, the state dental director of the Kentucky Oral Health Program.

“It helps people of all ages. It helps the kids better because they have growing teeth and are at a cavity-prone age, but it helps us all.”

A study in Juneau shows the benefits of fluoride in drinking water.

NPR Opens in a new window to NPR article reports a decade after Juneau, Alaska “stopped adding fluoride to its tap water,” the prediction of “more cavities … has now proven true.” A study published in BMC Oral Health comparing the situation before and after Juneau stopped fluoridating its water supply, finds “children are going to experience one additional caries procedure per year at a ballpark of $300 more per child.”

NPR adds that an opponent of fluoride says it is “harmful. But the CDC, World Health Organization, European Union and other government and medical institutions have long held that low levels of fluoride in drinking water are safe.”

The use of fluoride is already affecting the dental industry.

The Lima (OH) News Opens in a new window to Lima (OH) News article reported on how the industry of denture makers is changing, as well as how “dentures as a medical device are starting to phase out as both technology and standards shift.”

The American College of Prosthodontists “estimates the total number of people dealing with toothlessness to increase.” Still, dentists have “seen decreases in the number of patients looking for dentures, thanks, in part, to decades of improvements in dental care.”

The introduction of fluoride into drinking water has “done a lot of the work in improving the country’s dental health.” While the “need for full-set dentures may be” on the decline, “new technologies are moving forward – expanding the type of dental prosthesis and pushing the rate at which their made.”

Resources for your fluoride research:

Want to do your own research about fluoride? Here are many resources you can use for your convenience:

Moral of the story: Fluoride is the key!

The truth is: Fluoride is crucial to implement in your dental care routine to protect your smile from decay and cavities.

If you still have questions about fluoride, Dr. Bradley Olson welcomes you to schedule a complimentary consultation at his Waldorf dental practice.